At the mouth of the river from which it takes its name, stands the coastal village of San Lorenzo al Mare, Imperia Liguria, a relaxing oasis of tranquility.

How to get there
Take the A10 motorway and exit at Imperia-Porto Maurizio. When you reach the Aurelia turn right.

The foundation of the church dates back to between the thirteenth and fourteenth centuries and the fact that it is dedicated to Santa Maria Maddalena is due to a history of local worship: it seems that the Saint was fleeing from the Holy Land on a Raft, to Marseilles. During the journey, she found shelter on a rock in front of the sandy beach of San Lorenzo.

Streets, sqaures and neighbourhoods
The historic centre of san Lorenzo al mare Imperia Liguria winds through a maze of well-built streets and roads.

It's central point is iazza Garibaaldi, which is the theatre of the social and cultural life of the town

The coastal village was developed from the twelfth century in the area near to the San Lorenzo River, which in ancient times was called Aqua Sancti Laurentii.

The beach of San Lorenzo is divided between private bathing areas and free beaches. The beach is sandy, but characteristic of the coast there are numerous artificial rocks and breakwaters, which create the marina.

The beach has free areas alternating with bathing establishments. The route of the old railway line is very beautiful, now abandoned, which runs steeply over the sea.

Hotel Riviera dei FIori has a private stretch of beach exclusively for its customers.

Twenty-four kilometres along the old railway track transformed into a cycle path and pedestrian promenade, facing the sea, ideal for those who want to do sports and admire the characteristic Ligurian villages. 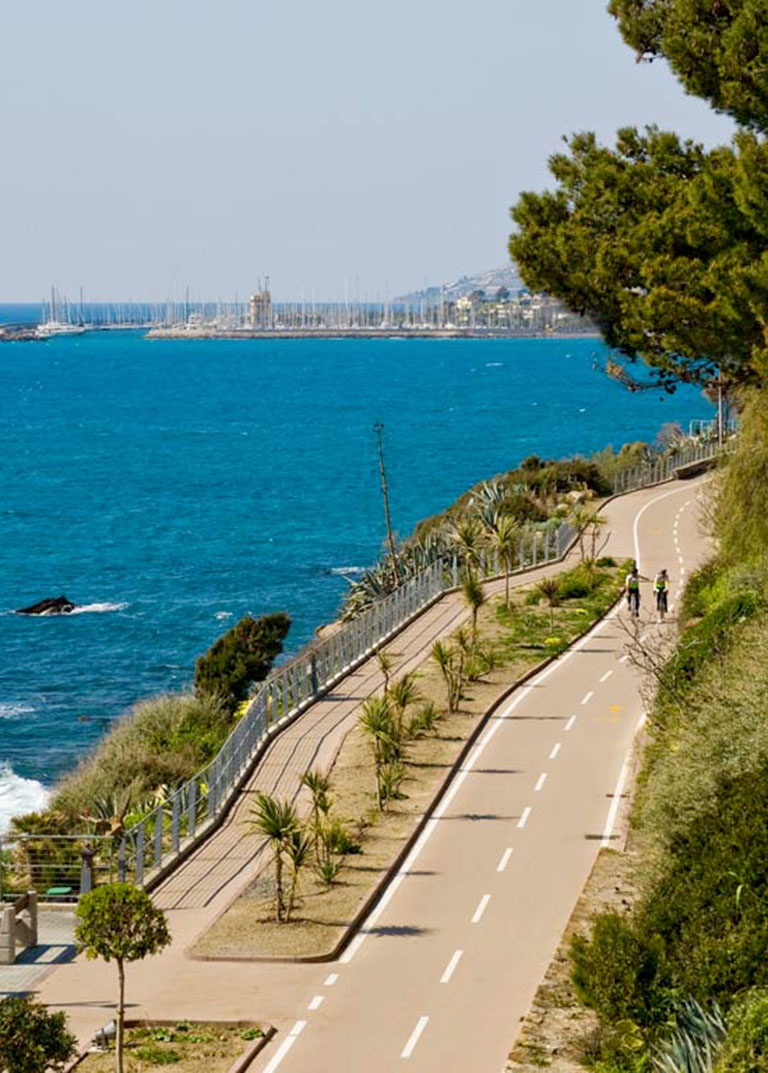