Liguria takes its name from the Ligurians, its first inhabitants, who, around the sixth century BC, occupied a vast territory that extended from the Northern Apennines to the Southern Alps and the Rhone Valley

Liguria is located in the northern part of Italy, it borders to the North with Piedmont, to the North-East with Lombardy and Emilia Romagna, to the East with Tuscany, to the West with France and to the South with the Ligurian Sea.

The territory
Much of the territory is mountainous and hilly, down to the short strip of coastal plain. The urban agglomerations are built very far from each other, often above the large hills. The Alps are joined to the Apennines and the highest peaks are Monte Saccarello (2200 m.) and Monte Mongioie (2630 m.). The Ligurian rivers are few and above all torrential in nature. The main passes are: the Passo di Cadibona and the Passo del Turchino leading to Piedmont and the Passo dei Giovi which leads into the Po Valley.

The Coasts
The Ligurian coast is divided into: Riviera di Ponente from Genoa towards the west and Rivera di Levante from Genoa to the east. The west is formed by a succession of rocky inlets, rocky headlands and sandy narrow beaches, while the east is more the headlandswith a more massive and protuding appearance

Not far from the coast are some islands; Gallinara, Bergeggi, and Palmaria islands

Genoa
The regional capital is Genoa, a lively merchant port, the largest Italian port and one of the main in the Mediterranean.

It is located in the innermost part of the gulf which takes its name from it. This position, extremely favourable to traffic, has conditioned the development of the city since ancient times. Today it is an important reference point for tourism thanks to its famous Aquarium.

Savona
Savona is a notable commercial, industrial and port centre of the Riviera di Ponente. The city's economy is based on tertiary, commercial, port activities and above all on industry.

Imperia and province
The province of Imperia, where our hotel is located, is the least populated of the four that make up Liguria, it constitutes the extreme south-western sector of the region. Its territory is almost exclusively mountainous.

The economy
The region lives on two resources: the climate and the sea; the economy is based on holidays and seaside tourism, on port activities, on shipyards and petrochemical and iron and steel industries, which today are experiencing a general crisis.

The agricultural sector is directed to some specific high quality productions, among them we list the olive growing, the first fruits and vegetables (artichokes, asparagus, apricots) of the plain of Albenga, the renowned wines produced in the Cinque Terre. The pesto and focaccia are famous all over the world.

Lastly, we would like to mention the flowers and ornamental plants grown in the greenhouses of the Sanremo area, also intended for export, which represent almost ¾ of the entire national production. 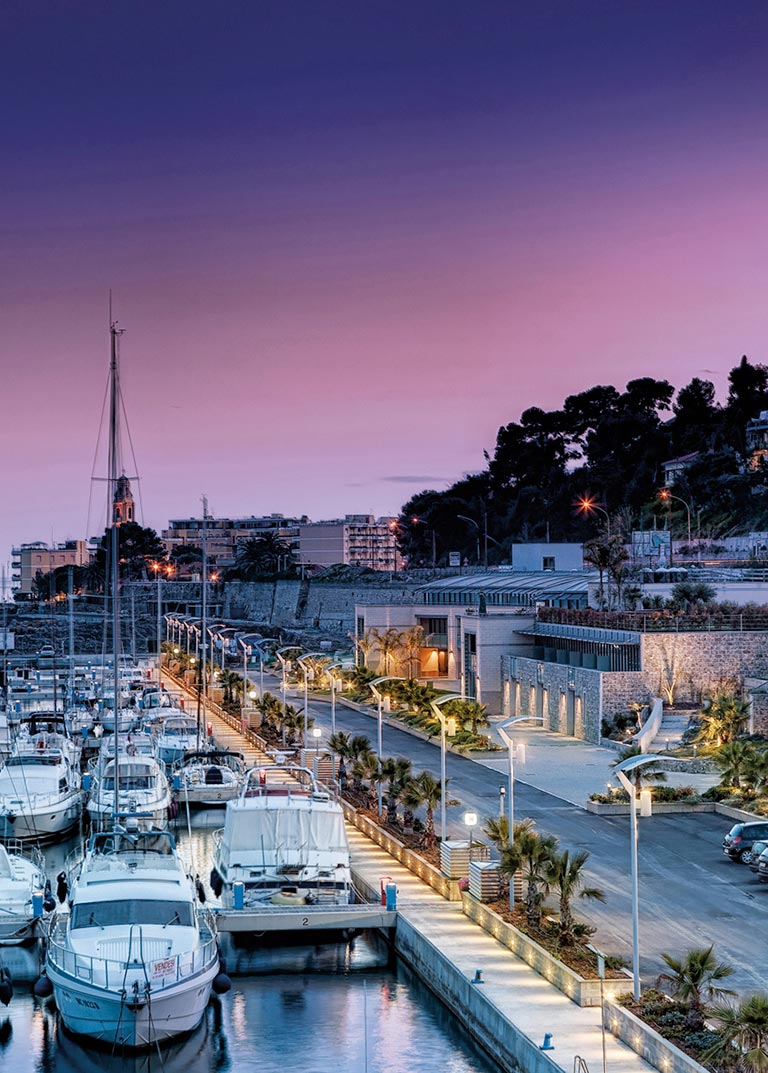